Why does nearly anything in black and white look good? 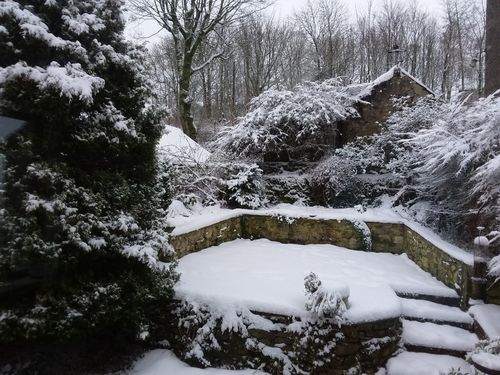 When I put my book down before settling to sleep, I'm struck by how great my bookmarks are despite just being chopped up sections of old black and white pieces. Some testify to a black and white monoprinting phase or to mark-making experiments with Indian ink. Others are from a series of drip paintings, the aim of which was to leave my ego out of the process and once the initial conditions had been set up, to let physics and gravity do what they would. Black and white only. No tinkering. Doing them in midwinter meant bathroom walls covered in plastic sheeting and no showers for a week. The result was quiet pieces. And some good bookmarks. The downside was the three days it took to clean all that black acrylic from our white bath. Late at night my brain turns these assorted bookmarks into mini-masterpieces that wouldn't be nearly as eye-catching if they were in colour.

Taking out colour makes for a clearer difference between tones which allows the underlying design to stand out. The image is reduced to its essentials of negative space, shapes, form, pattern and line. Being forced into the tonal extremes of black and white gives instant drama. This explains why works in charcoal are so effective,a medium I quickly became addicted to. With its easy flexibility and drama it has to be the best medium for exploring if you're the kind of artist that likes to search and make things up as you go along. The very smudginess, which to begin with feels like a curse, becomes a gift, with it's endless potential to shade and shape and blur. 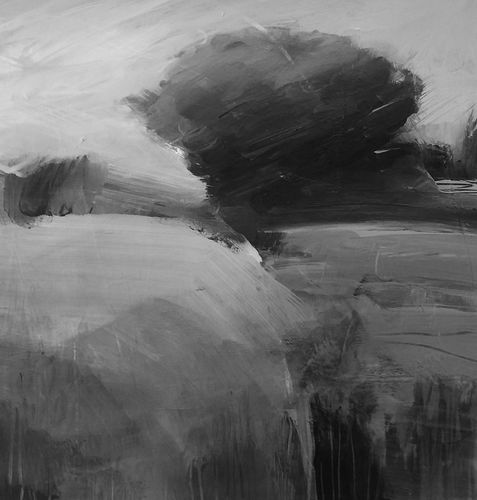 This morning I was looking at a painting I'm doing in greyscale, a common trick that makes it easier to see the basic structure of an image because there’s no colour to distract. Anyone can take a photo and use the greyscale option on a photo editing facility in order to see if there's enough variation in tone or if, as I discovered this morning, everything has fallen into the yawning gape of the mid-value range. Doing this made me realise how just how dark my darks needed to be. Even when I think things are going ok, I’m often surprised at how undifferentiated values can be when I check them out in this way. 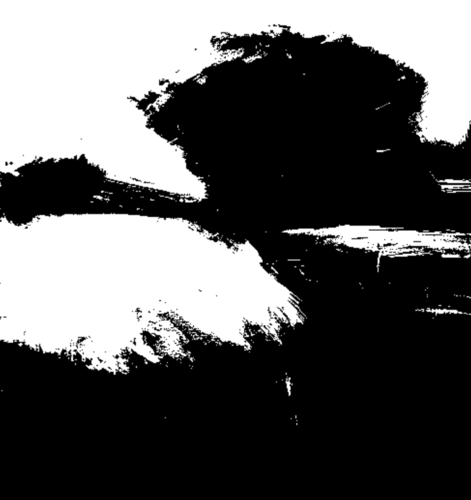 Notans (the Japanese concept re the interplay of dark and light) carry the idea one stage further by allocating every mark to either the extreme black or white side of a value scale, which means you get an uncompromising black and white pattern, with not even greys to distract from the essence. Check out the free Notanizer app on Google Play which will do the job for you and is helpful for getting your eye in.

However realised, it's predominantly the dark/light pattern that determines how effective a final composition is, whether abstract or representational. Like many simple ideas it's not always easy to put into practice which is why greyscales and notans can be helpful when you hit problems. Talk about synchronicity - as I was writing this a skinny black and white stray cat wandered into our house, employing all its friendliest cat-wiles. And then some tuna happened to fall into a dish on the floor. 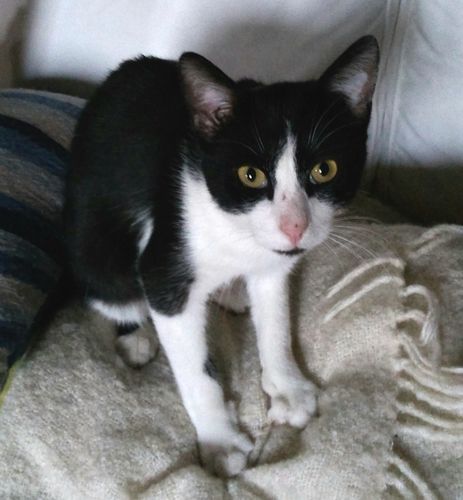 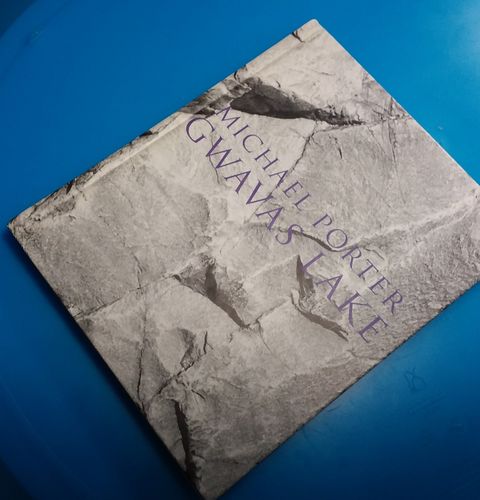 A neat little black and white book by one of my favourite painters, Michael Porter. Published by Tate St Ives in 2000, there are paired paintings and photographs presented as a series of diptychs, made in his Newlyn studio. The images refer to the shore of Mounts Bay at Newlyn, which, geological aeons ago, was the edge of the ancient Gwavas Lake. Just nice to thumb through its modest, glossy pages enjoying the rocky textures.
Next
Previous